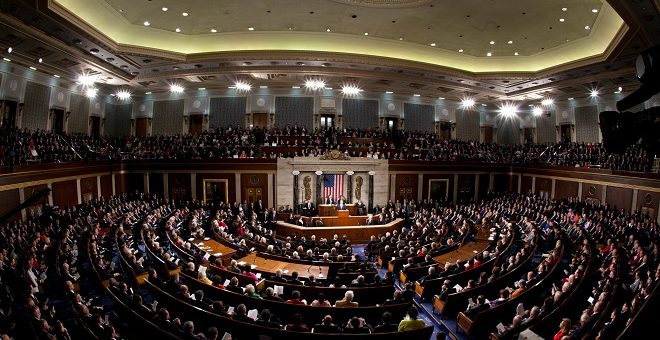 Station Manager Spencer Phelps here with a look back on 2018 and a look ahead for 2019. Geez Louise! What a roller coaster ride 2018 has been!

First, the “not so great” news. I like to get that stuff out of the way first. In 2018, we barely kept the lights on again. However, that’s not necessarily bad news! In 2017, we still had a little safety net for losses and “life lessons,” from my personal investment into the station. But by this time last year, that was spent. So even though we’ve been flying without a net, we still managed to come out positive financially! We don’t owe anything, either (no revolving debt).

Our fund raising efforts weren’t the best, and we made a bad hire who lied to everyone; and we’re pretty sure he stole, too. So to our ex-sales manager, you can go blank a blank. You intentionally hurt my baby (this station and charity), and I’ll never forgive you for that. Because of the money we lost due to his lies, we were only able to fund 1 child for free music lessons in 2018. We had more lined up, but at one point, we were technically down to about ten spendable dollars in our checking account. Don’t worry! We’ll be fine. We’re just not doing as well as we should have been at this point.

“Oof. He called someone out there? That’s not professional,” you might be thinking. I beg to differ. If someone screwed up or just made a dumb move or didn’t live up to expectations, those are entirely different scenarios that don’t deserve a public drubbing. But when someone lies on purpose and hurts a charity, well that’s a special level of evil that needs to be addressed. I’ve had multiple people come forward and say, “I wanted to tell you something about him, but…” For the love of God, if someone evil is inside my personal orbit, TELL ME.

Our “Home for the Holidays” craft expo was a money loser (see previous complaint). Although it lost us money, it did have a positive impact. We gave away a dozen Christmas trees to needy families in Marion, so that was nice. And at least we now have our foot in the door for year #2. We tried to do a couple other events throughout the year, but they didn’t pan out, so rather than lose even more money, we canceled them.

Did we do anything right in 2018? Of course! Our 3rd Annual Blues & BBQ Festival was a success. We estimated attendance to be just shy of 2,000 people this year, a little lower than last year. However, after all was said and done and the checks were cashed, we came out ahead a couple hundred bucks! Now you might think, “that’s it?!” To that I say, “keep it in perspective.” In year 1, we just piggy-backed on another group, so we didn’t really have any skin in the game. In year 2, we lost a grand. So to be net positive in year 3 (our 2nd year of direct control), that’s really good!

And we’ve been given great news from the City of Marion in that they’ve invited us to hold the festival downtown! They’re going to block off Main Street between Center and Church for us. Plus, we can use Founders Park on Church Street! And now that we’re having it on Saturday August 24th, we don’t have to worry about OSU football games or the temps plummeting when the sun starts to dip! We’re looking to get some great bands this year, so stay tuned for the lineup! Getting a nod from the city was a really great honor, as well!

We’ve recently hired a new sales manager, and he’s a good dude – independently verified! Andrew Carter is a great gentleman who used to report for The Marion Star, was an editor at The Delaware Gazette, and has a history in radio broadcasting and sales. He really gets what we’re going for, and we all feel he’s going to be a great addition to the team!

Andrew will also be starting a new early morning radio show that will air weekdays 6a-8a for everyone getting ready for school and work in the mornings. He’ll share some lighthearted news of the day, local closings and delays for school, etc. The show will also feature the newest of the new, hot blues music! For these 2 hours each morning, Andrew will spin blues singles in the current Top 50 charts!

I’m not one to talk long about what we’re going to do just because anyone can do that. Here are some teasers on what we’re working on for 2019:

What’s the state of the station for 2019? In my humblest of opinions, I believe we’re in a VERY good spot right now albeit a little money poor. We can’t afford fun things like merch or fancy radio equipment, but like I said in the beginning, we’re keeping the lights on. With our current team, I like our chances heading into what seems might be a volatile year for the nation’s economy.

The other thing that makes me very optimistic is that our sponsors/underwriters have stuck by our side for a LONG time – some from the very beginning in 2016! We’re helping our sponsors just as much as they’re helping us, and that’s exactly where I want us to be. People are starting to see the value and the results of this fun li’l local blues station, and for that I’m ever grateful.

I love the fact that we’re now perceived as being a charity cause and not a charity case like the other 2 LPFM hobby stations in town. In such a short amount of time, we’ve rocketed up the ratings charts beyond anyone’s wildest expectations. Let me tell ya definitively (if you’re still reading, and God bless ya if your are lol) – BLUES MUSIC WORKS! I’m so proud of our ratings that I’ve framed each report and hung them on our wall at the station. Stop by and check ’em out sometime!

If by now, 3 years into this, if we had not shown up on the ratings reports at all, I would’ve shut the station down. Because what is the point of even having a radio station if statistically no one listens to it? If you ever want to hear my philosophy on how radio works in the 21st century, stop me some time. I’m more than happy to pontificate – more so now that I have hard data to back up my claims!

My “station manager” resolutions for 2019:
#1) Step it up a notch. We can always improve. Every day I’m trying to think of the next big thing we can do to increase our level of professionalism and our perception in the community.
#2) Stop sniping at the other 2 LPFM stations in town. It just bothers me how genuinely nasty those people are. Why can’t we all work together, you ask? Well, one’s a con artist, and the other just has his head up his ass. It’s no wonder they have no listeners or sponsors. They’re totally fine with lying to businesses in Marion (I have proof, btw), and that really ticks me off. Tom and Scott really give community radio a bad name in Marion. Ah, there I go again…
#3) Expand our local listener base even more! We have plans in place to do just that. We aren’t even at peak market saturation yet!
#4) Work harder than we did in 2018, 2017, and 2016!

So that’s what’s going on with us! I know I probably forgot and left out some stuff, but on the whole, we’re doing fine and have a solid plan for the next 3-5-10 years!

Thanks for reading this long ramble. I’m so excited and fascinated by everything that happens to and because of this station that I like to tell everyone. Maybe I talk too much. Maybe I’m too truthful. I don’t know. I just feel like everyone who stops by and listens deserves a friendly hello and a smile and a thank you. We’ve met so many wonderful people this year. We hope you all join us in 2019 and bring along some new friends for us to meet! I feel like we’re all family and all invested in this li’l station surviving, so I feel like you should know what’s going on behind the scenes. If there’s ever anything you’d like to ask, just ask! 🙂